A Fistful of Darkness is a Weird West Fantasy hack of Blades in the Dark with heavy emphasis on the fantasy part. It’s not intended to be an accurate history lesson or a simulation of past times. It is designed to be a cinematic game which lets you play all those Weird West tropes towards the end of the world.

A Fistful of Darkness is not a complete game. It’s a hack for Blades in the Dark by John Harper. You will need that game to play and if you don’t already own it, get it NOW! It’s more than worth your money.

Imaging a world with the magic and mystery of the frontier: wide open
plains of the Old Wild West in all its beauty and madness, where violence
and sacrifice dominate every single day. Now add the Hellstone rush, under-
ground mayhem in mines and brand new sciences & machines. Don’t forget
immigration, injustice, vigilante justice, outlaws, gunslingers, slick talkers
and setting suns. This all in the face of an impending doom: Demons and the
four riders bringing the end of the world as you know it. How do you make
it to the top of this powder keg, which side will you take in the impending
war and how much will your soul suffer? Let’s play to find out! 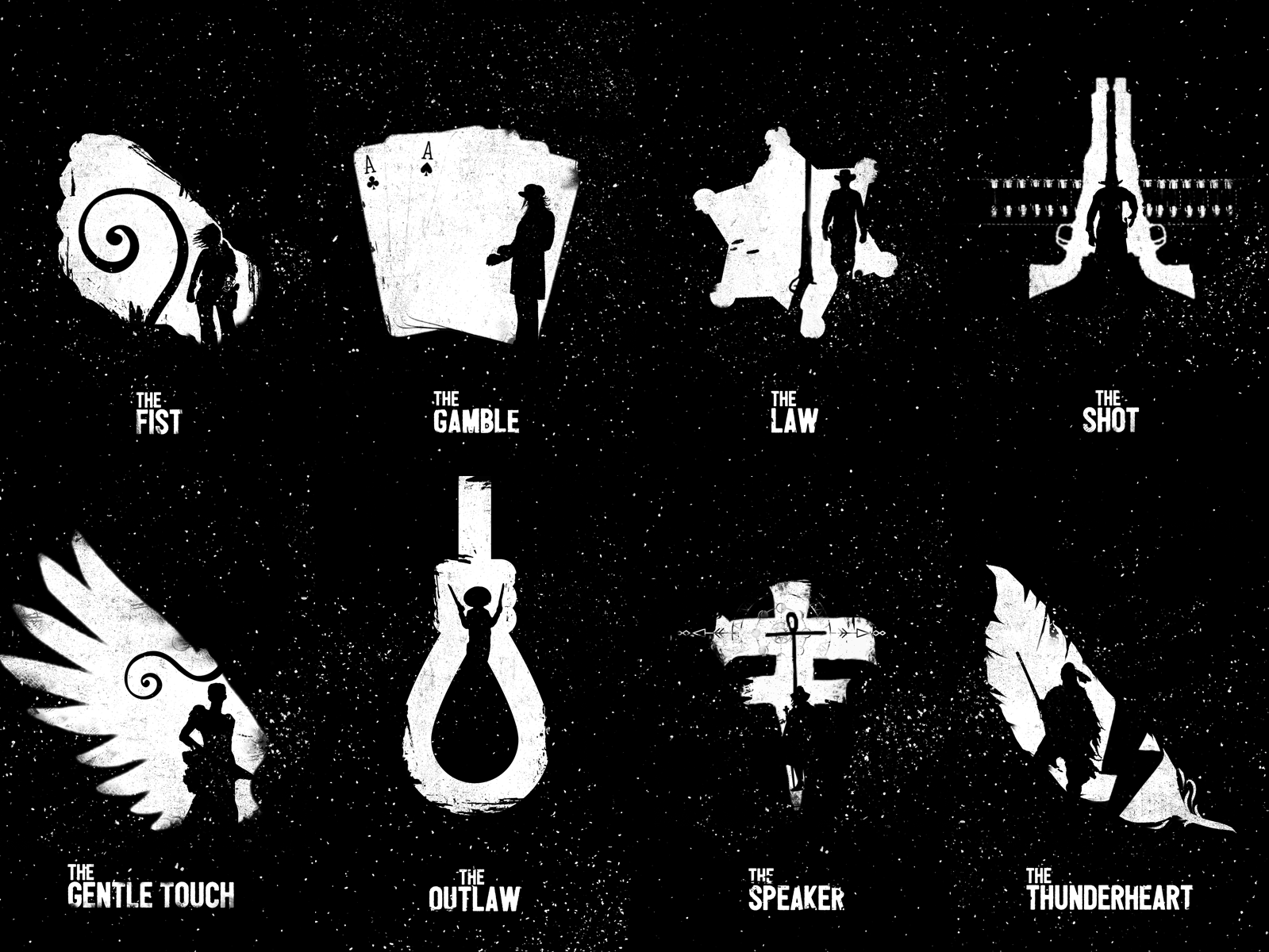 “Get ready, Mateo. Doom is coming to dinner.” — MARSHAL McCAIN

DOOM IS COMING TO MUDWATER

The old ones say that some things are better left uncovered and Hellstone is definitely such a thing. Like the original box of Pandora it was found deep in the earth, and now there is no way undoing it. You think the gold rush turned men into greedy monsters? Think again, because now we have all that and the real thing: monsters and demons, spirits and ghosts, mutants and undead soulless killers. Hordes of them hunting in the night, ravaging the countryside and swarms of living nightmares attacking from the skies. Beware traveler, no road is save anymore. They are coming from the mines, they are coming from underground maws, spawned into the dark where Hellstone is found.

Hellstone turned out to be way more valuable than any other resource known to man, even more precious than your beloved gold. Since they found a way to gain energy  from Hellstone there's a new generation of marvellous machines and weapons for your greedy way to the top. Science and ancient magic rituals are equally powered with what Hellstone brings. Some say there's a just and appropriate way to use  Hellstone, most of them just don't care if that's true. They are too busy exploiting it. It's a new world and everybody wants a big piece of it or die trying.

The elders and wise ones are sure the final days are upon us, that Hellstone is the first omen of a grim doom: The four horsemen will come. The white, the red, the black and the pale horse along with their riders will end existence and bring judgement and redemption. It's obvious that Hellstone plays a crucial part in this but the greedy ones are too blind to see. Does your posse recognize those signs or are you're too busy climbing to the top at the expense of their fellow people?

Thought you knew the face of greed? Come to Mudwater and learn anew. Some fools say it’s better to reign in Hell than serve in Heaven. Oh, yes! Who needs Heaven anyway when you have a Hellstone colt in your hand, still warm from killing a horde of demons? Just pray that you never run out of ammo... and pray for the day of your creator's judgement.

In order to download this game you must purchase it at or above the minimum price of $10 USD. You will get access to the following files:

Support this game at or above a special price point to receive something exclusive.

Cannot afford to buy the game but want to play anyway? Get a community copy for free and have fun. No tip required.

I will add a new Community Copy for every sold book.

Hi, have loved reading through the game. I had a quick question and wasn't sure where else to ask.

"To use the artifact it must first be bound to the PC (his/her soul, maybe?). To bound it, pay the quality level of the artifact in Grit (may be resisted using Guts). Artifacts already owned at the beginning of the game are bounded to the PC for free."

Does this mean permanently losing Grit (resisted) or is there no reason to resist unless the Quality is particularly high?

Here is a good place to ask questions or over at the Blades in the Dark forum. So, thanks for asking and no the paid Grit was not meant to be permanent but a one-off payment. I hope for a good scene when the PCs is bounded the artifact (or the other way around). Maybe the PCs does not choose the moment for the bounding but the artifact does or the former owner dies in combat and you have this one chance to snatch this Hellstone gun before some else does.  If you don't have enough Grit left or you just don't want to accept a Stigmata you may choose to resist. BTW if you resist or not does mean something storywise, right? Open arms acception or another burden, it may establish a starting ground for this PC/artifact relationsship. Everything is a good story or questions to the players or a cool scene.

Admittedly, I only ran this game when is was in an early beta/playtesting format. That said, I ran a year-long Fistful of Darkness game that was easily the best game I've ever GMed. Truly a blast.

great game, definitely worth the price tag if this is your sort of thing

This is a beautiful game.  The "end times" theme flows throughout the game and the playbooks, special abilities, and world building are incredibly evocative of weird wild west. 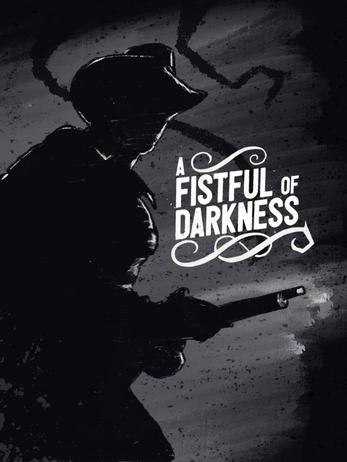